This last week I learnt that Peter Goodridge has died.  He isn’t a well known name in the ceramics world but I had the pleasure of meeting him at the International Ceramics Festival 2015 in Aberystwyth.  He was the Site Supervisor and I was a volunteer for the second time.

He was an amazing person that inspired those that worked with him, cared about the volunteers that worked with him and he led by example.  He found out about my research and what I did on my Masters project and fought for me to be put in charge of social media and live streaming for the event.

Peter made me believe in myself that I could be something other than an Academic that I could go out into the world and make an impact by helping connect people with the arts and ceramics.

Thank you Pete for making ICF 2015 an amazing place to volunteer at, and for making me believe in myself again.

This year I am taking part in Artist Access to Art Colleges (AA2A) and I will be working out of the studios at Blackpool School of Art this year. I’m approaching my time at the Blackpool School of Art to combine a series of different skills. I want to finally work at AA2A cover a small part of the costs but I once I have my initial stages of testing I will be doing some crowdfunding to help pay for further development of the work, which will allow access to limited edition work. Think along the lines of hand-pulled prints,…

So it’s that time of the year I trek across the Country from Coastal Lancashire to Nottinghamshire to go to Earth and Fire.  This year it was at a new venue it had moved from Rufford Abbey to the Harley Gallery at the Welbeck Estate. It was a really different venue from before. 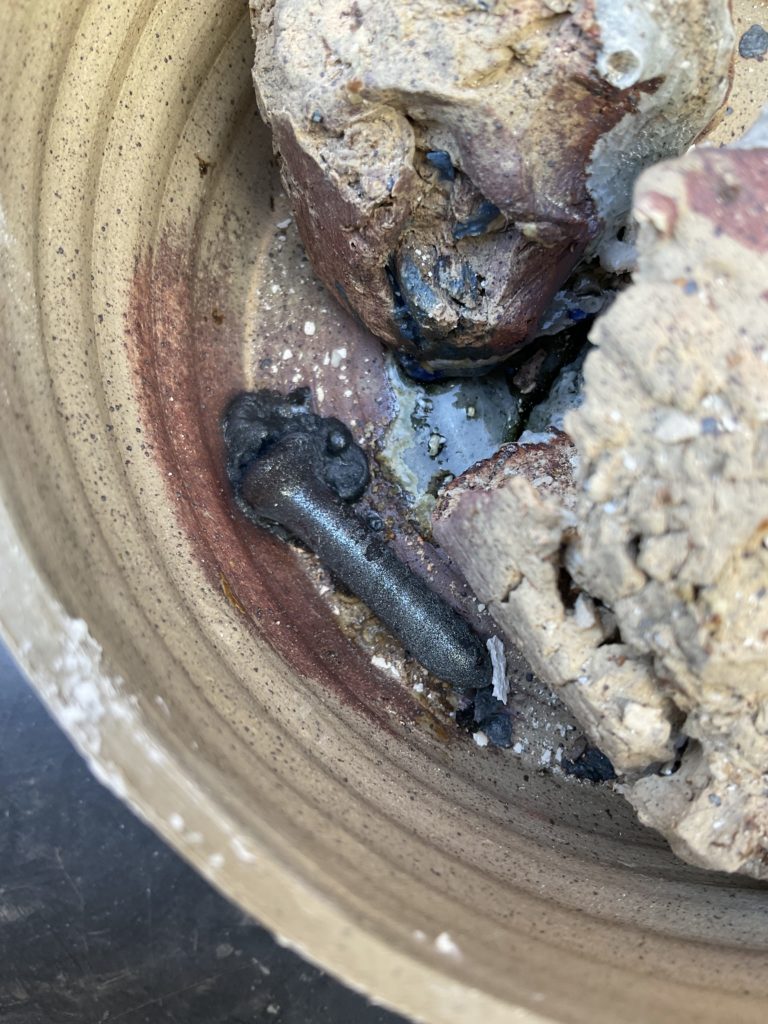 I make these saggars on the wheel but I have also made them using formers in the past. Using formers means rolling out slaps rather than wrestling large amounts of clay into one place. I made one recently that was the size of my kiln interior by wrapping clay slabs around a bucket wrapped in paper.

Every so often my thinking gets stuck in a loop, thinking the same things over and over and not solving anything. At the moment it is photography there is so much to think about. I have a to do list which feels extensive 1->I have to set up an on-line shop -> this requires two things: setting up a payment method taking photographs of everything I already have 2->I need to apply to craft/pottery fairs -> these need a variety of things: I need to work out what I want to show make that work photograph it write all my…

At the start of every project, there is a lot of testing as I enjoy that part and a new project is often a great excuse to try something new, new glazes, new clay etc. In the last post I already showed the new clays I am starting with, plus add on to those Blackpool School of Arts buff clay and crank clay, as well as my own standard clay plus my standard clay with approx 5% red iron oxide, added and some addition grog. The first job was rolling out small slabs and measuring 10cm lines on each so…