In 2016 I started working as a Design Technology Technician at a local school, after I finished my Masters I felt like a change.  The job means I work in a variety of materials, mainly wood and plastics but also metals.  There is also an element of electronics which the department wants to expand in an I have qualifications in, so I am helping them expand what they offer to their students.

The other main skill that they offer is computer aided design (CAD) and computer aided manufacture (CAM), we have a laser cutter, cnc router and 3D printer that the students can produce their coursework with.  I have previously dipped into using CAD but this was the first time using Autodesk Inventor and I knew I had to be as proficient as the students, and making simple projects wasn’t going to get me there.

So I decided the best way to look at improving my skills was to design something I actually wanted, a better workspace than my current shed, it is just too narrow and tight and constantly frustrating, its only 6 foot by 8 foot,  and I don’t really fit in here with all the things, so I decided firstly to look at what improvements I could make with the space I have:

With the old shelves I couldn’t reach the back of them so I made them narrower so I can access the full width.  The other thing I learnt from experience was that  removable shelves don’t work for me, I find they warp too much so I would build permanent shelving that has 1 by1 or 1 by 2 supports.

Everything else then revolves around the workbench with the wheel built in so I get more light through the window and room to have boards of pots that I can put on the shelves.  For some reason there is some dead space in the corner not sure the best way to fix it though, will probably just extend the shelves there.

So what if I could extend my space?

First I tried adding extra length to the shed with much bigger windows to let in more light when I want to film in the pottery.  I can’t add more width as my shed has blackcurrant and redcurrant bushes spread most of the length of my current shed. It kind of works but the problem is it is so narrow and I moved the door to one side so then I would have enough width for the workbench but that meant the shelves can’t span the whole distance, a round kiln apparently takes up too much space.

Adding a second shed perpendicular to the first really solves the whole kiln issue as is now gets its own floor space just for it.  If I built this one I would probably take down the old shed salvage what I can material wise and then rebuild it as the shed I’m in is in the best state.

For the time being though I will probably just rebuild the furniture and rearrange everything.  But what about more of a dream studio?  something I could stretch out in and really make use of some space?

Baring in mind this shed is just for me, the clay comes in one door, moves from the pugmill to wheel for throwing then a second wheel for trimming, an electric kiln for bisque firing, glazing and then outside for the glaze firing.  to be honest if I intended to teach I would probably look at dividing the space differently and have wheels hidden inside the workbenches  so there is just a wooden lid that lifts off.

I still have a lot to learn with CAD but this does feel like a good starting point.

If you had access to CAD what would you want to design on it?

You may remember my post on Saggars and some of my results.  I really want to talk a bit more how these wobbly pots are made.

So this week I made some prototype saggar formers and saggars, I mixed my own clay with sawdust, grog from broken pots and some molochite for added strength.  Now if I didn’t have a deadline I would let them dry over two weeks, but I had a deadline so I force dried overnight and fired the next day so you will see some cracks in the larger saggar. Also if you want to make a saggar former don’t leave such big gaps as the clay can get stuck in them making the harder to remove. 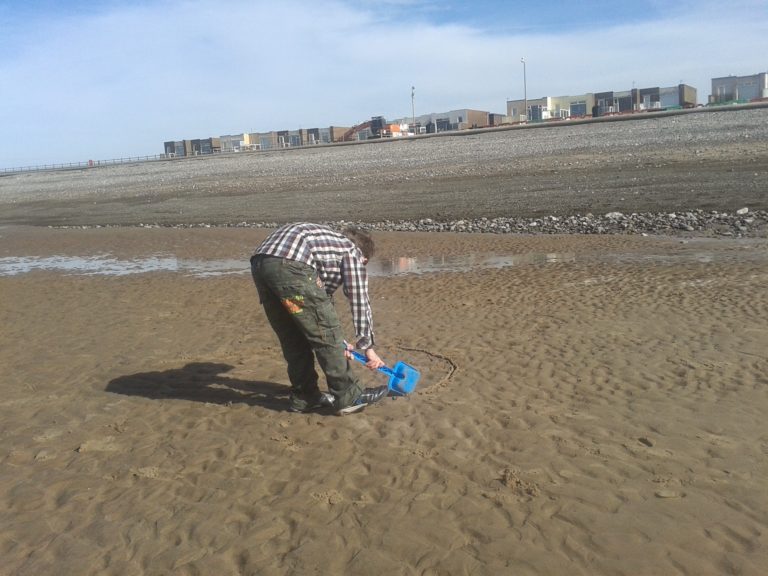 I have wanted to be a story teller since not long after I discovered that I liked to write poetry a over decade ago. I love listening to poets perform their poetry, like Michael Rosen, Simon Armitage or Ian McMillan. It really brings the poems to life, listening to them uniquely reciting their work.