I have never been to see Winchcombe Pottery, so when I was visiting the Lighthearts earlier in July they suggested we should go on a trip there.  In case you don’t know much about their history click here, needless to say Michael Cardew reopened the country pottery in 1926 with the help of Elijah Comfort and Sydney Tustin. It was then taken over by Ray Finch in 1946 and was run by him and his family until the last year. It is now run by Matt Grimmitt who is the Great Great Grandson of Elijah Comfort.

Entering the pottery they were emptying one kiln and getting ready to fill another ready for a glaze firing. Having never met Matt he recognised me on sight and I him due to the joys of social media.  He has his own Youtube channel which mostly covers his time before joining the Winchcombe team. 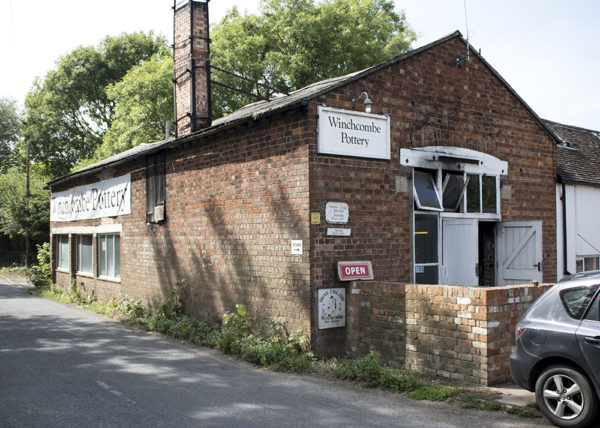 You can always spot a wood fired pottery from the chimney 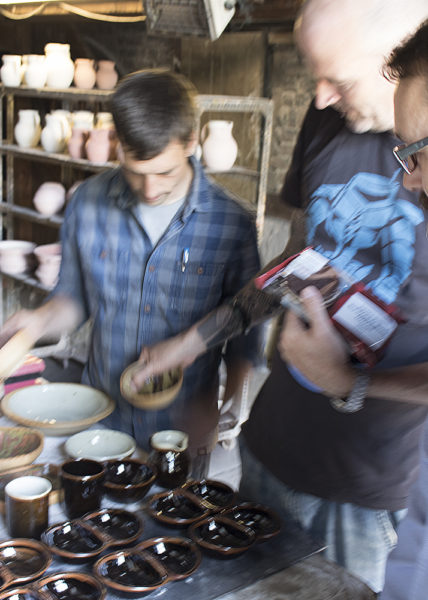 Matt Grimmitt and Zed Lightheart looking at some of the pots that came out of the previous firing. 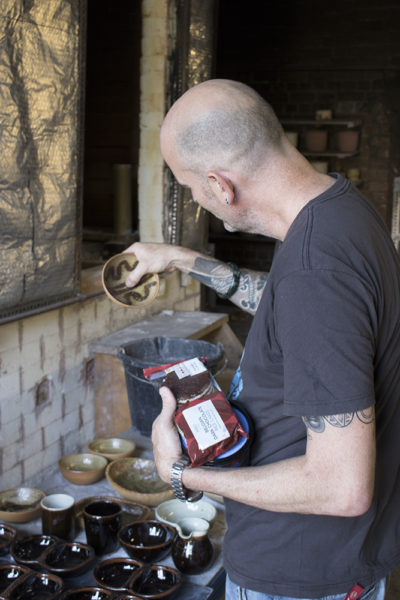 Zed Lightheart examining a second from the kiln firing 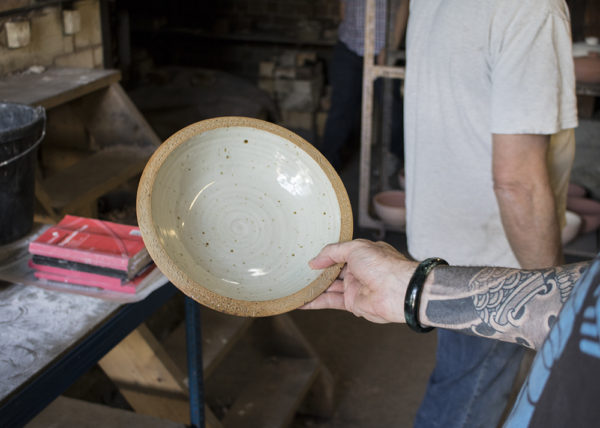 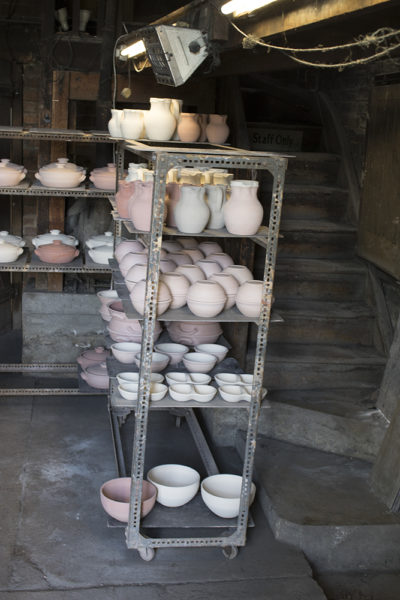 Pottery waiting to go in the glaze firing 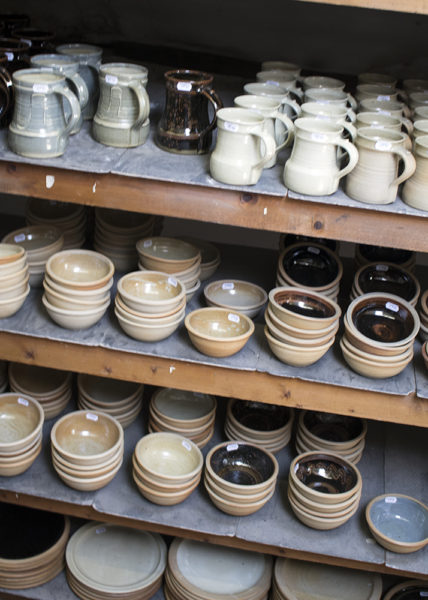 This makes up a small section of the production wares 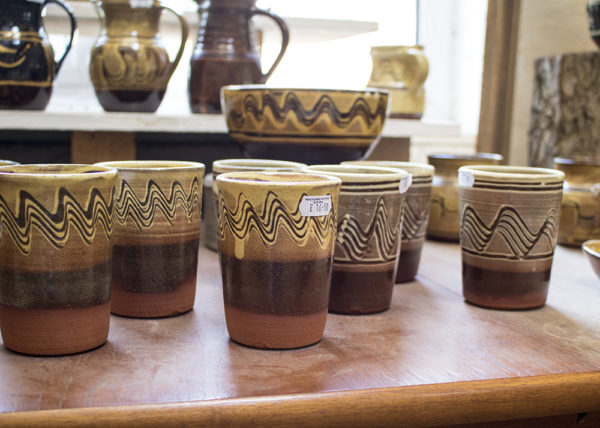 Slip ware available in the shop 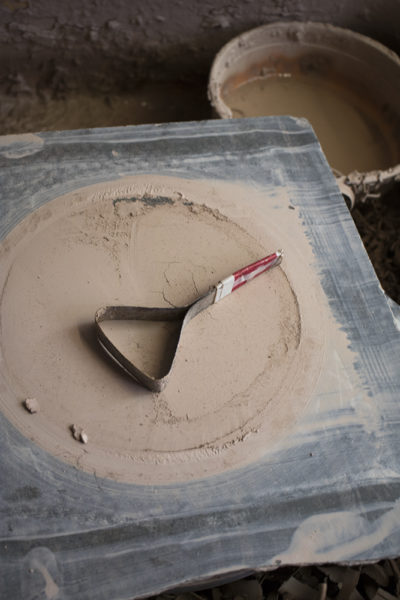 A simple to make trim tool, I need to make a video for these. 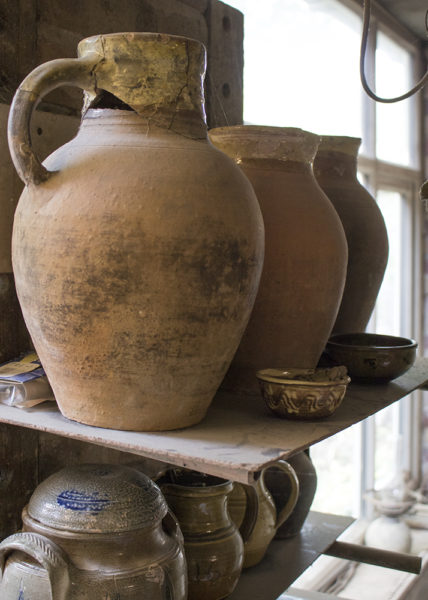 These jugs were next to Matt’s wheel, as well as other tests and old broken pots. 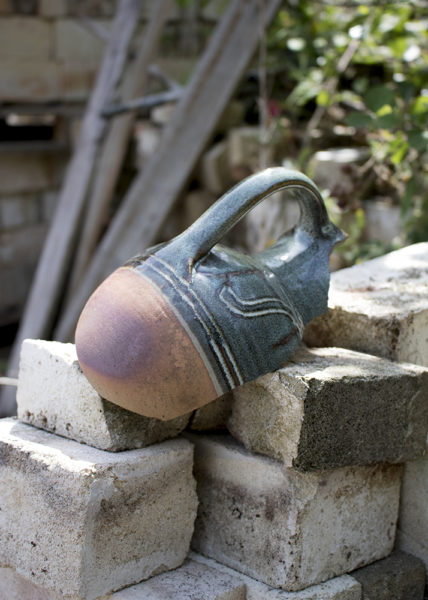 A broken jug on a stack of kiln bricks, it is always intersting to see the shards at older potteries 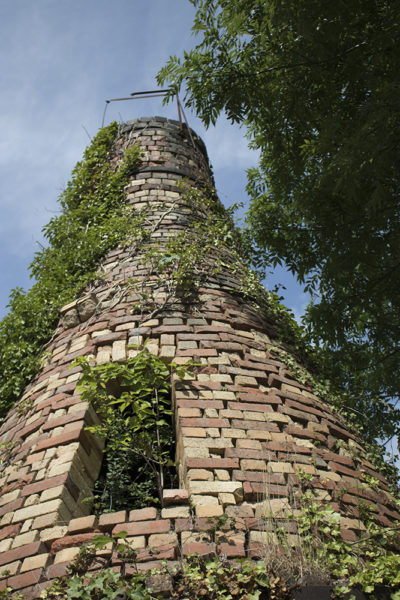 The old bottle kiln, it feels a shame that this piece of history isn’t preserved as it should be. 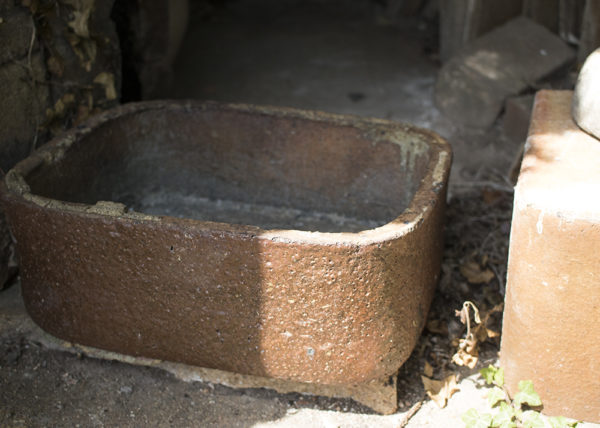 The saggars left in the kiln are so much nicer than mine.

I would love to go back and spend time there, take more photos and film the potters in action.  There is so much I really want to film in my life that isn’t me and it would mean filming other makers but don’t know how best to make it work.

To work out what to film I have been looking at what has been missing, and I think the wood working to make tools is useful but I  don’t know what to do after the miniseries.  So reader, what would you like to see?