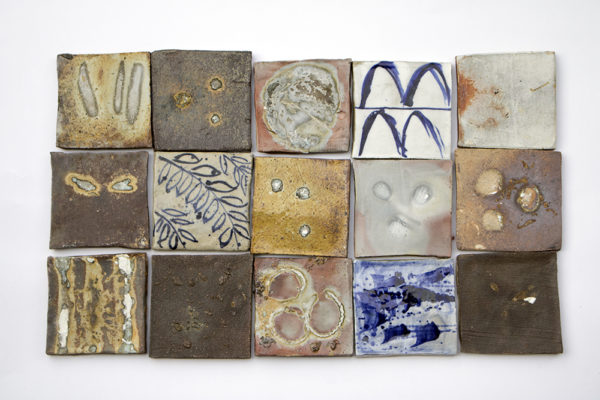 So these represent the best tiles I have fired in the last year, and include tests for brushwork and the saggar firing, there is so much variation and I have started to mount them in some new ways as I think these go beyond throw away objects.

For a while I have been thinking about tiles as an act of experimentation, they are something that can be created in the fraction of time for throwing, there is a lot less focus that goes into creating them, no hunching over the wheel.  In some ways they are quite disposable.

I don’t generally use tile for glaze tests as they don’t have gravity and thickness’s similar to pots but I do use them to test ideas, patterns, new  and more recently my saggars to see what effects are possible.  In these sorts of ways the tiles are part of the experimentation and systematic testing that I was used to when I was a chemistry student many moons ago. 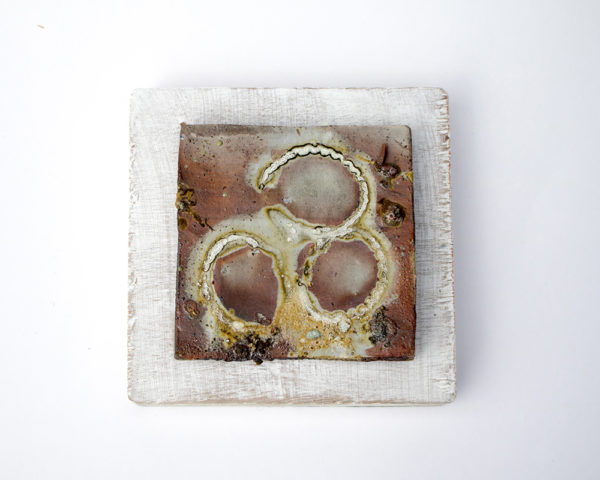 So this was my first test tile in a saggar, this actually gave me more confidence about saggar firing than any other piece in that kiln. it is mounted on a scrap piece of plywood that whitewashed and waxed. A lot of the wood I use for mounting and framing would otherwise just end up in landfill.

I just love the marks shells leave on the honey glaze, and the horses tail leaves an amazing texture too. The round osb was cut because I wanted some more throwing batts but after I these ones I wasn’t sure they would last as batts so I decided to try this one for a mount and I quite like it due to it being so different.

The marks just left by the shells and the reduction in my little kiln are amazing, I can’t help but stare at them. These were placed on top of each other so have the same shells but they appear reflected. The tile on the left has a porcelain slip which affects the colour too.

These don’t fit this shadow box and I will make them a new frame in September.
The frame was orriginally intended for the large tile above but was based on it shrinking from bisque to vitrified, but it was a few millimetres off so it doesn’t fit but it looks better with the two reflections.
Moral of the story wait until you have finished work before building it a frame.

I started working on my brush work last year but haven’t had much chance to get back to it in recent months, but cobaly markings and sgraffito are the only ways I can find that get around that feeling of my work not being reduction fired. 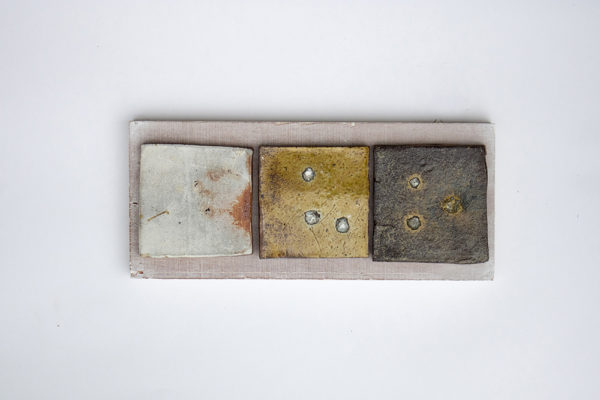 I do like graduations in colour going from light to dark. The tile on the left is unglazed with porcelain slip and some flashing. The other two tiles have my honey glaze and varying amounts of local reduction. 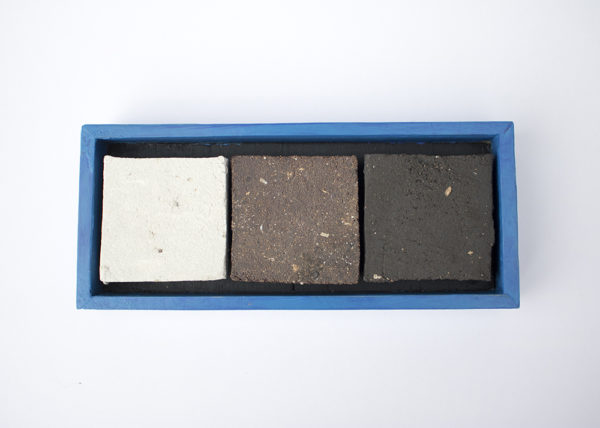 These are some older tests in a shadow frame that I made. The tiles are a homemade porcelain my standard clay with iron added and some commercial black clay.
It is made from cutting down some pine that was in the bin pile, the problem is it was quite ugly. I was wrapping blue painters masking tape around it and I really liked the blue it seemed to tie everything together. 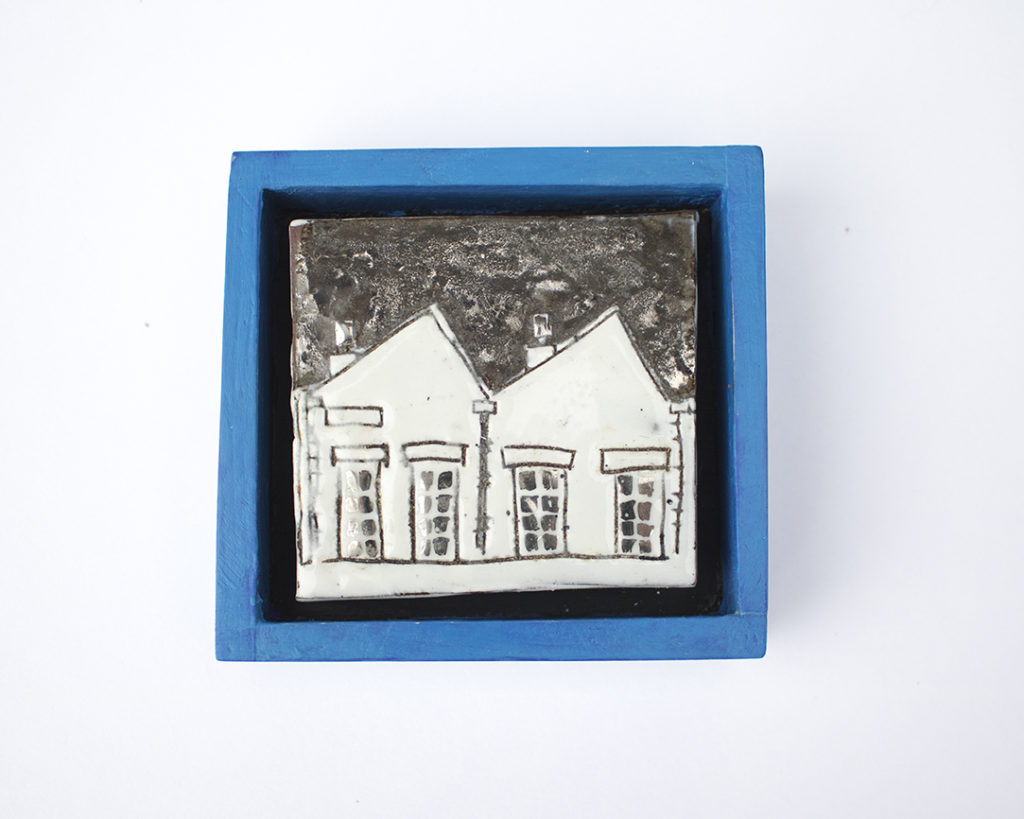 A tile I made in 2012 to test sgraffito, high fired terracotta and a commercial white slip, with lustre for windows. In a shadow box frame.

So what do you the reader like and have you ever framed your ceramic work?