Tommy Kane – An Excuse to Draw

So recently I picked up Tommy Kane’s An Excuse to Draw, as a treat for myself as I reached 400 days in a row sketching, and painting.  I showed the start of the process on instagram but the randomness of my skill level changes daily and is still very frustrating. 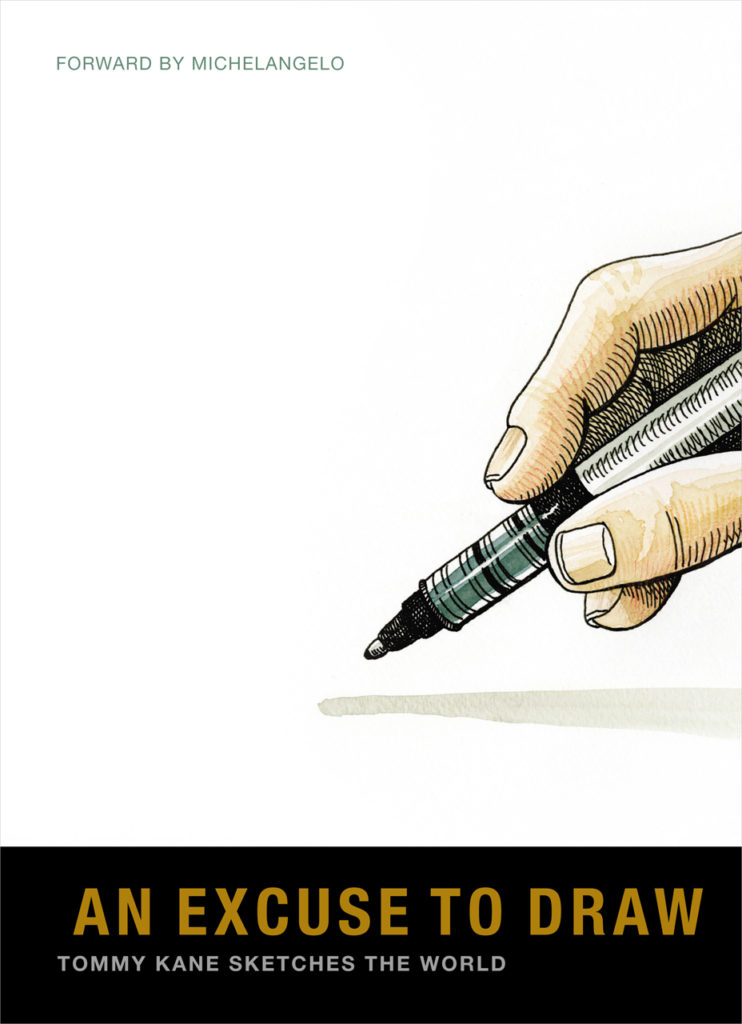 Lots of cross hatching even on the cover

I probably wouldn’t have shared this book but there was something I discovered with the first few pages that really hit home with me.

There is no single defining moment.  There is no single episode.  It was as if I was born ad suddenly I was in fear of most everything and everyone… When I say fear, I don’t mean as a kid I was afraid of the dark or spiders.  I’m talking about debilitating, panic attack, social anxiety fear.  The kind of fear that creates depression and ruins people’s lives. As I get older, it affects me in a million ways.

As I read the introduction tears run down my cheeks as I recognise myself in those words.  Like him discovering art I discovered ceramics and have used that to hide behind over the last decade, it doesn’t always work and some weeks are harder than others.

This feeling of fear is one of the reasons I pulled myself off of social media, I just couldn’t cope any more.  The fear of actually having to be social and talk to other people.  The fact everything I post feels fake and not good enough.  I only really feel calm in the act of making everything else enables the fear to overwhelm.

I have been aware of Tommy Kane’s work for a few years, since discovering  Danny Gregory and borrowing his books from the local library. I always felt like my drawings were too stiff and aspired to something a bit looser like Tommy’s drawings.

I was pleased to see he had a tutorial and how he cross hatches in his work.  So I decided to try my own attempts at pen and pencil crayon cross hatching. 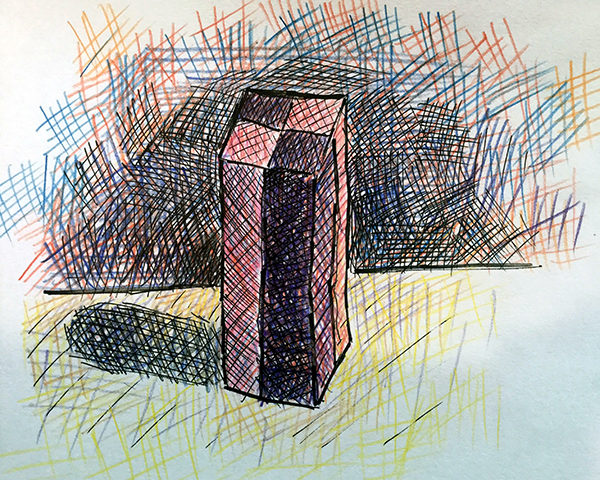 My own attempts at cross hatching, didn’t turn out as I imagined, so will probably do some more of these later.

I think next time I will just build up in pencil crayon and leave out the pen work, and work a little bigger than the A5 segment on an A4 piece of paper.

One Response to Tommy Kane – An Excuse to Draw