With my work I decided some time again that I wanted to make playful work especially as we has limited time, so why make something serious and stagnant.

It’s about make pots that contain energy and liveliness, which can be difficult in a medium that becomes “set in stone”. I can’t just hand a customer a soft clay pot and touch the fresh clay and let them feel how alive it is, and how the slightest movement can change its form, but I want to leave that impression that it was touched with hands and not just mass made to “perfection” as it were. 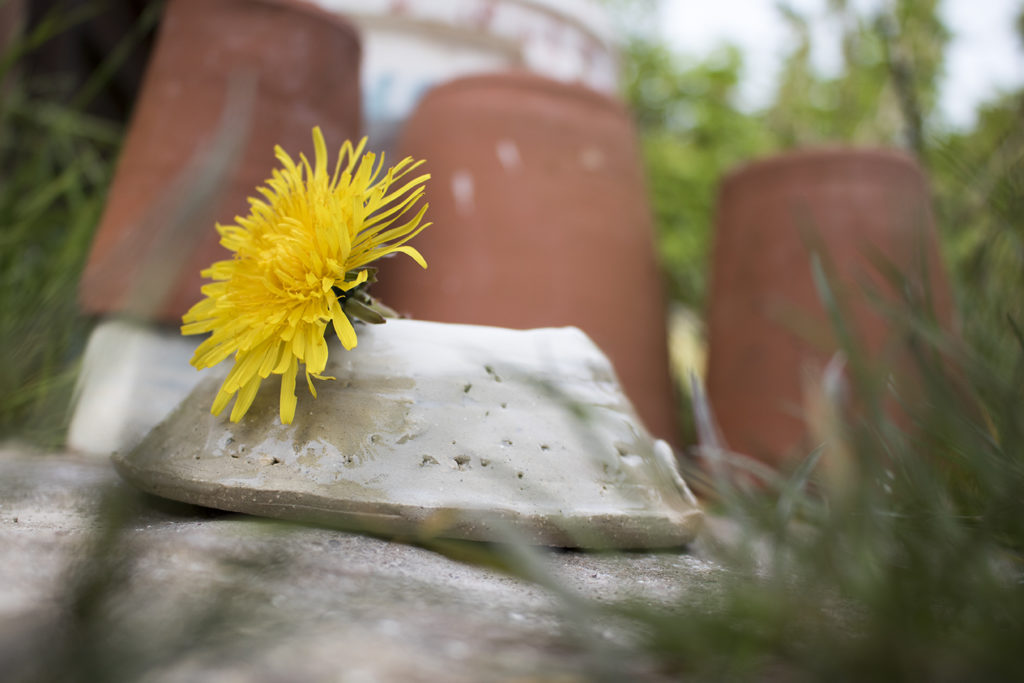 Pots are so much better in use and I love dandelions they are so bright and cheerfu; and I let them grow in my garden, so I picked one and thought it would look good against the terracotta plant pots in the garden. 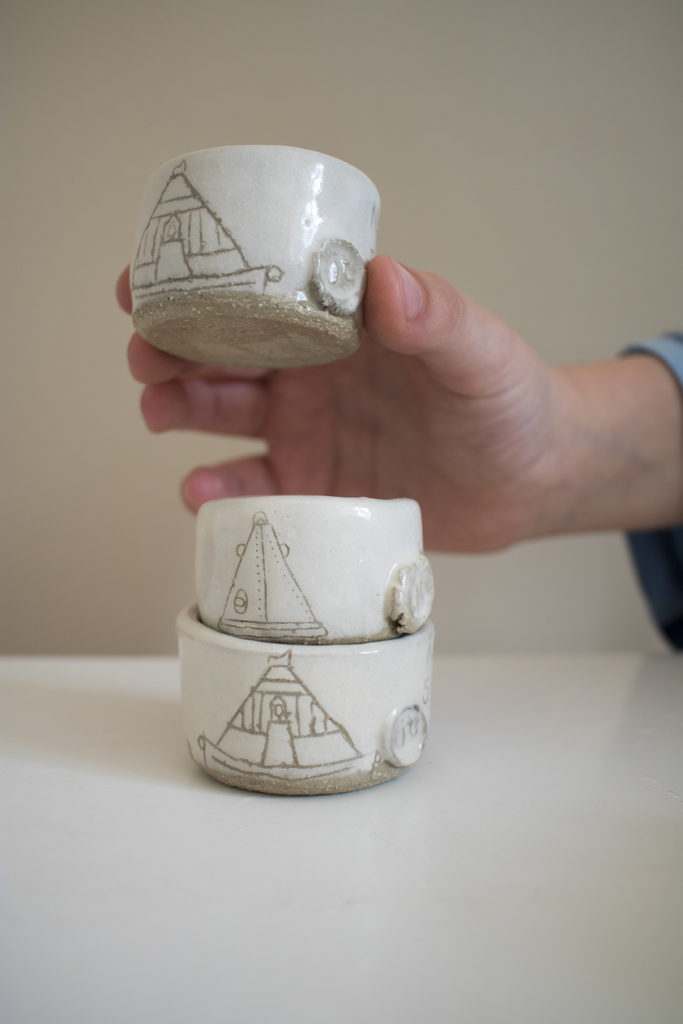 The apprentice really wanted to help take photographs so I let him help me set up what I wanted and took photos of him as he went about the setting up as I asked. His hands moving the pots about are far more alive than the ones which I had initially set up to do. 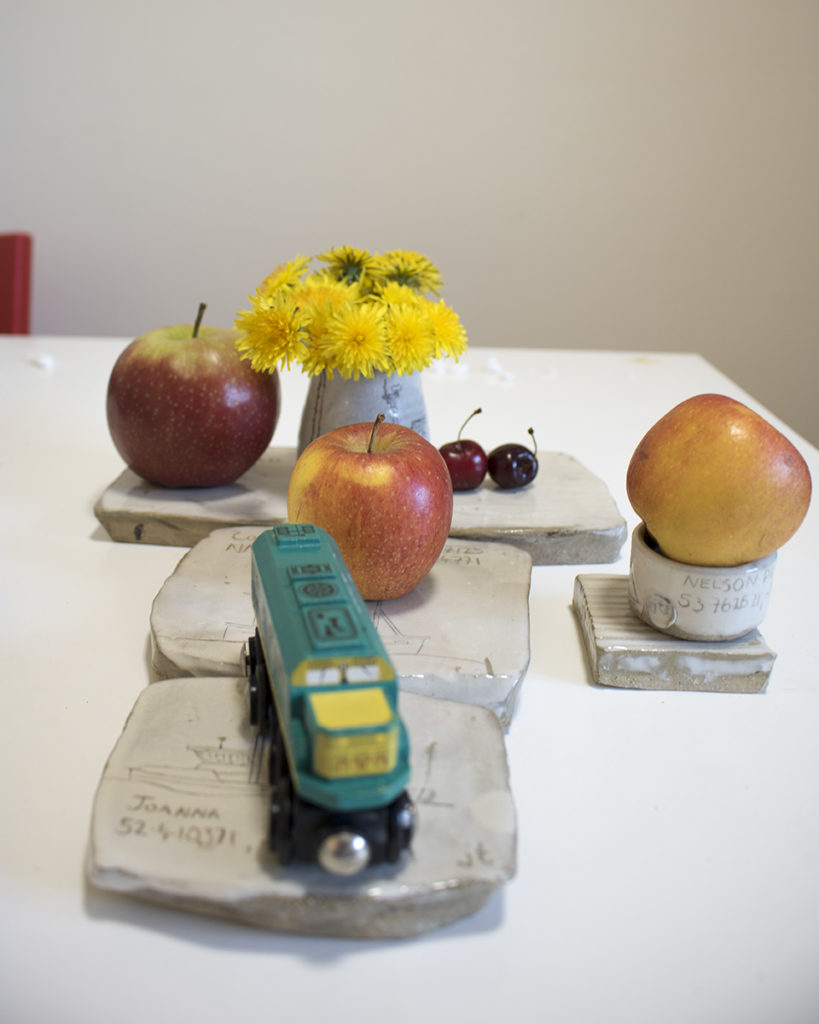 With the props and pottery I had around the apprentice set up this scene as he really wanted his train to be in the pictures. But the colours and the idea of putting things in pots that don’t fit grabbed my attention. 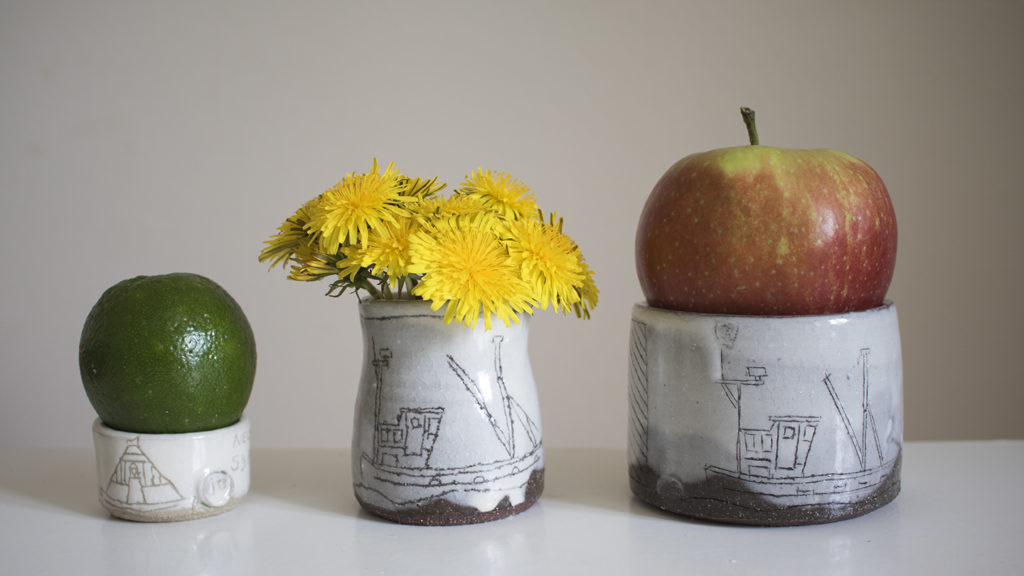 Inspired by the apprentice I took this shot, looking at it now, I wish the yellow was a lemon or an orange. 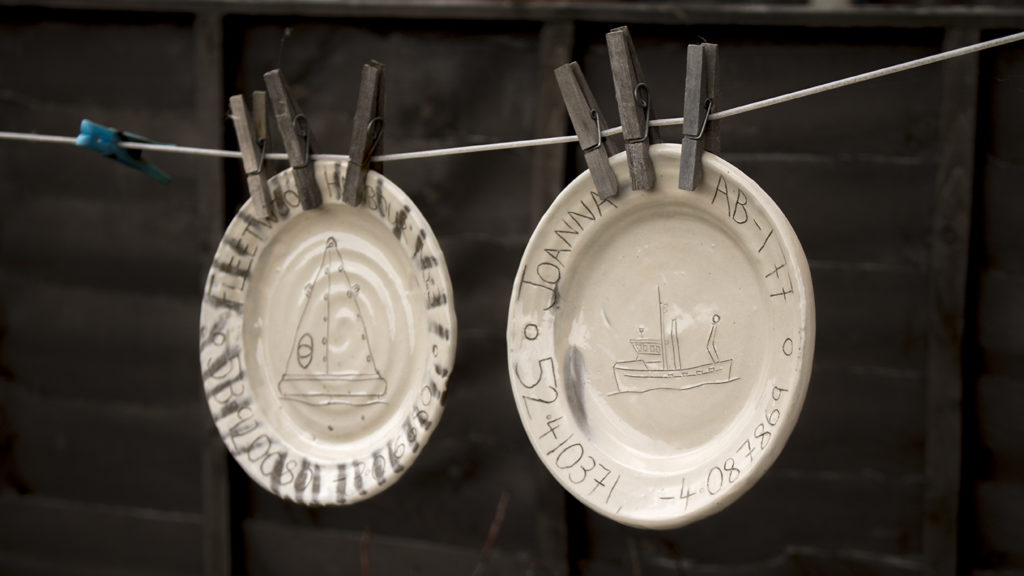 One day I wondered how it would look if I hung some pots out on the line and there is the sense that they could fall and smash that really adds to it. It is just missing some colour, maybe some clothes or some flowers growing in the background.

I really want to play with imagery some more.  I have some weirder ideas in my mind that involve models but they require props I don’t have either so won’t be happening anytime soon. Though I do want to make food to especially photograph on some pieces.

Just wish I had a bit more time to fit everything I want to do in, things are a bit limited due to the day job, but it is what it is.